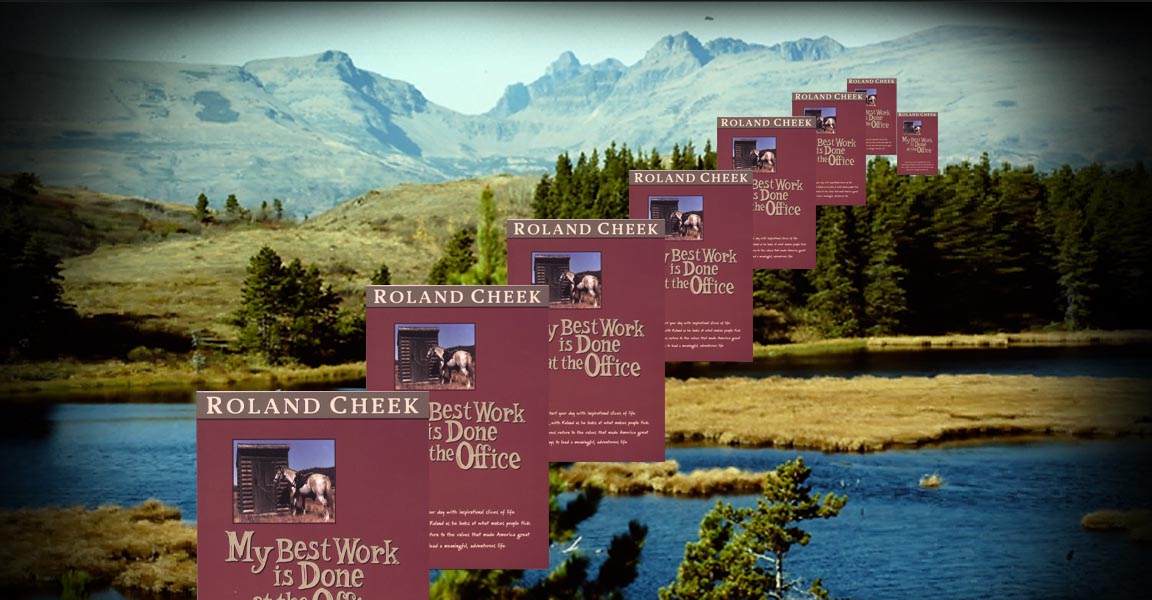 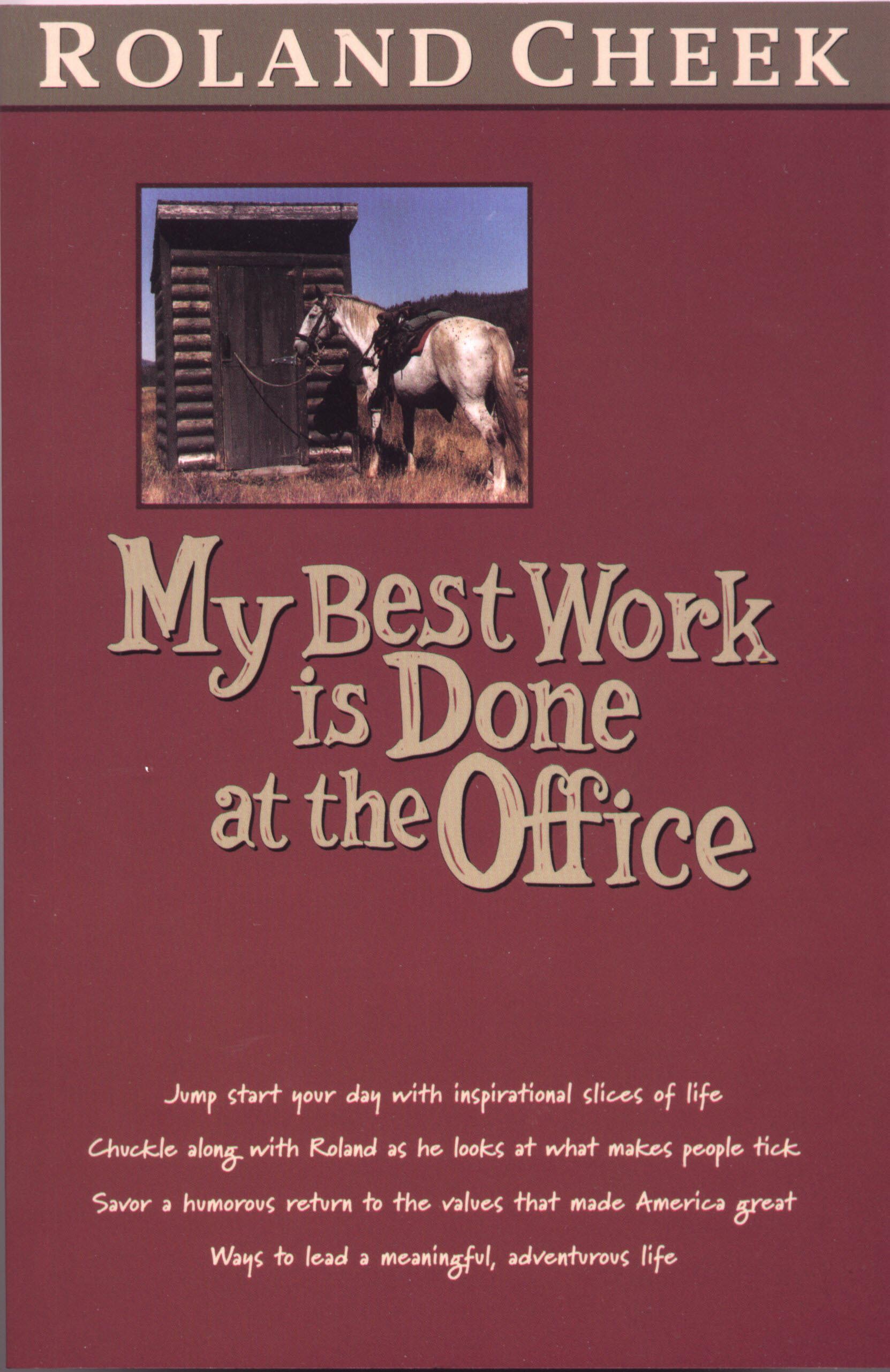 My Best Work Is Done At the Office

Mark Twain once wrote: "I am an old man and have known a great many troubles, most of which never happened."

Smart guy, Mark. His dry-humor analysis of the way we take ourselves too seriously, worrying trivial warts until they turn cancerous, eating away our sensitivity to surrounding wonders and our natural zest for life sounded a klaxon-call to me. As a result, my common everyday working stuff is driven by two firm beliefs: 1) that we should never take ourselves too seriously; and 2) that everybody needs inspiration to make it through each day's imagined threats and foibles. Tell me what you think by reading My Best Work is Done at the Office

Well, Roland, you said My Best Work is Done at the Office is a "bathroom book," and I want you to know that's where I've been reading it ... and it worked every time!

I just talked to your wife [on the phone]. Nice lady. I told her my brother Herman, Paul Harvey, and you are alike. A man has to allow for some windage.

My Best Work Is Done At The Office is pure Roland Cheek, that is, a rollicking blend of wit, wisdom, and adventure in the Northern Rocky Mountain country and written down in his newspaper articles for more than two decades. This highly recommended compendium showcasing some of the best of his writing is a "must" for all his fans and will serve to introduce to new generations of readers one of the country's a truly masterful, wittiest, and memorable western storytellers.

A friend recently loaned me a book to read, saying, "You and this man have a lot in common, and I think you will enjoy this book very much." I told her that I was already reading two books, and that it might be quite a while before I could get yours back to her. That evening I picked up your book, "My Best Work Is Done At the Office," and I was reading it until 2:00 in the morning. I haven't touched my other two books since! I just finished this and I am about to start a second book by you ("Chocolate Legs") and am looking forward to it. My other books can wait.


There was this boy, see? He pedaled out on a broken-down bicycle to ask what was up. It was while me and one of the hands moved a bunch of tailed-up horses along a graveled county road to a pasture south of the home place.

The boy's sandy hair needed trimming and his hands could have stood a dash more soap and water than they'd seen since the Ides of March. He'd blown one knee on his britches and elbows played hide and seek through holes in the sleeves of his shirt. As he pedaled, the boy jerked up on the bike's loose handlebars to keep 'em in reach.

Staring down from the saddle, I could see his head would only top out about my belt buckle, even though he must be heading toward his teens.

He wasn't shy, this kid. He pedaled right along with us, and after I'd explained what we were doing with the ponies, he asked about individual ones. Was that pinto a good riding mare? Could any of `em singlefoot? Did all of `em pack and ride? That's how I knew the lad was no novice about horses. So I asked him about his own self.

The kid had to brake the bicycle by holding the toe of a worn-out tennis shoe against the front tire. I could see he wore no socks because his right pantleg was rolled up to keep the unguarded bicycle chain from snagging it--just like I did at his age. Sometimes I didn't wear shoes, neither. But, then, my bicycle's brakes worked.

The boy said there was a whole bunch of kids in his family, including a twin sister. And when I asked what his father did, he told me, "Nothing right now. He got hurt at work."

I gazed down at the top of the kid's head bobbing as he pumped his bike alongside and he glanced up about that time, telling me without saying so that he'd rather be riding alongside this string of horses than doing anything else. "You like horses?" I asked.