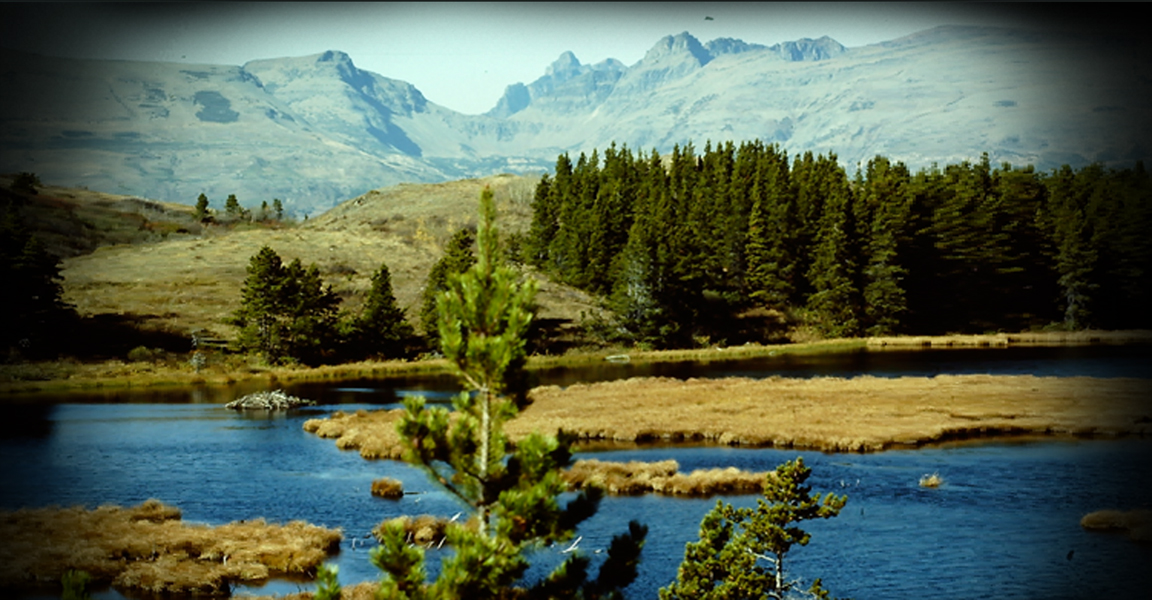 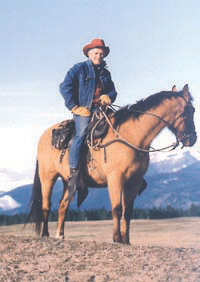 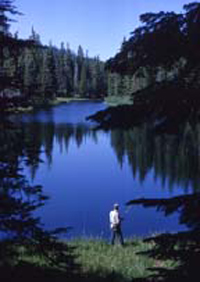 Welcome to the world of Roland Cheek:

Old Uncle Remus say, "It's what you do with what you got that pays off in the end." Roland has two things going for him (and you): A lifetime's worth of experiences and a willingness to share.

By telling stories. My radio program, newspaper column, and magazine pieces are all from the past. But my books are still out there -- all nineteen of them. I've discontinued my two blogs, but am regularly posting RolandCheekStories on Facebook.

In addition, I have a Roland Cheek personal page on Facebook, as well as lots of video on YouTube. Those videos are on such diverse subjects as the 1930s construction of Ptarmigan Tunnel in Glacier Park, a two minute audio of a wolfpack on the move, Jane's gourmet campfire meals, searching for Anasazi ruins, grizzly bears, and more. Much more.

Mine is storytelling refined to an art. It's the only way I know how. But I know it well. 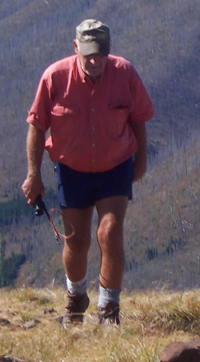 Which brings us to Roland's Books (and reviews):

Roland Cheek is a gifted writer with a knack for clarifying reality. Looking forward to more of his wisdom. - Carl Hammer

I am the 4th generation of a Montana ranch family and am very close to the land, and greatly concerned about what happens to it. Your columns take me that much closer to the land and certainly echoes my sentiments. - Jim Milos, Great Falls, MT

what about this guy Cheek? 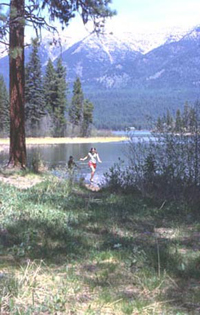 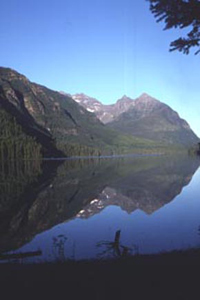 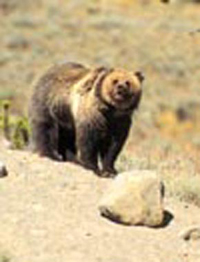 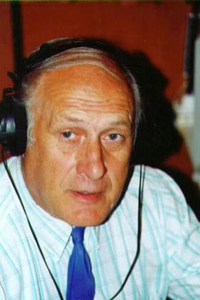 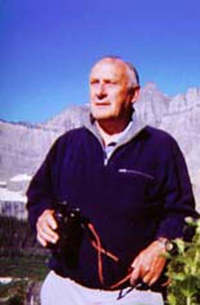 Consider the man's incredible insider's knowledge of the place God made for himself ... and for the lucky people with whom He deigns to share the land and its features and creatures.

Roland Cheek bucked blizzards and avalanches by day, and below-zero nights while searching out remote basins and distant mountain valleys for the promised Valhallas he thought were there. But to reach those promised paradises also meant rafting perilous whitewater rivers, fighting through wildfires, enduring deluges, lightning storms, and raging tempests.

On the other hand, there've been bull elk bugling in a meadow at break of day, "rocking chair" bucks cresting distant ridgelines, and rainbow trout as large as a big man's forearm, erupting from the placid waters of an alpine lake (with a fly dangling from the lip).

And there've been grizzly bears!

Oh yes, there've been grizzly bears -- charging from alder thickets with their teeth bared and ears back, or digging tubers in a marsh with breezes rippling silvertipped guard hairs along hump and rump. Roland has had them stare at him with something akin to disdain, or charge to within 10-feet, teeth clacking and head swinging low to the ground.

He's been scared spitless and thanked God for the privilege of walking the same paths of these most powerful of the world's great carnivores.
Roland has matched wit and grit and stamina and sweat with the best of a beautiful land, and the worst of a savage land. He won some and lost some, exactly the way it should be--and always is--during a life of real adventure.

And he shared--and shares--what he learned via several decades of experiences through a syndicated newspaper column, popular nationwide radio program, hundreds of magazine articles, and upwards of twenty books of high adventure, belly-slapping comedy, and secrets gleaned from a life lived amid some of the wildest and most beautiful lands in all America.

What Of His Western Adventure Series?

It's a legitimate question. After all, where does a guy get off writing about the Old West from the disadvantage of dwelling in the 21st Century? Roland Cheek can hardly claim to have been in a gunfight at the O.K. Corral or punched dogies down the streets of Abilene.

But he has straddled rawboned ponies over a few trails amid some of the wildest mountains in America--say upwards of 35 thousand miles of those trails! And he's spent over five decades wandering the wild country throughout the West.

At last, after crafting six prior non-fiction books, hundreds of magazine articles, and thousands of newspaper columns and radio scripts about his adventures, Roland at last turned his talents to Western novels, tales from the heart and dripping with a realism that is based on equal parts historical record and the plethora of his own experiences. 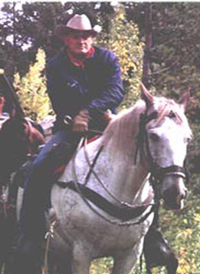 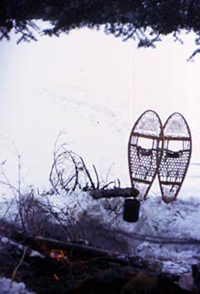 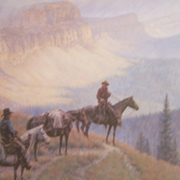 Of course there's been adventure! 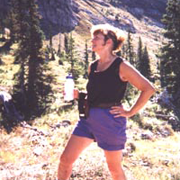 I've loved her since we were kids next door Not quite long enough! 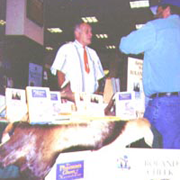 A dozen or two books seems an indicator of success. Not to mention my 20 years of newspaper columns, magazine columnist, or seven years as a daily radio show host.

Roland's Got it All, Right?

Well, no. Not unless you're reading my books.

When that happens, I'll know we're connected Perhaps the easiest way to begin reading my stuff is to start ... 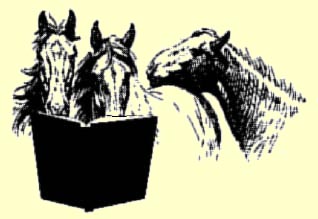 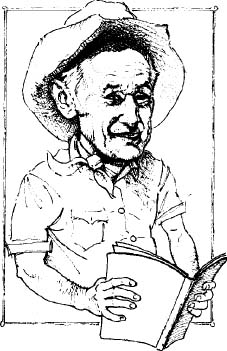 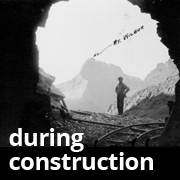 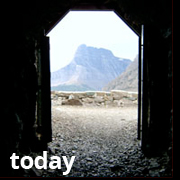 DURING CONSTRUCTION AND TODAY

Constructed by death-defying, devil-may-care mining men during the Great Depression, this charismatic trail and tunnel opens up one of the most scenic vistas of Glacier National Park. See the tunnel under construction, and today. 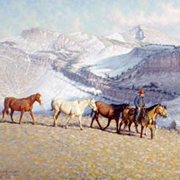 Partnering with your pony 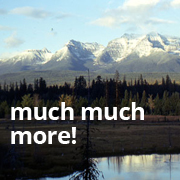 thanks for visiting! I'd appreciate feedback: